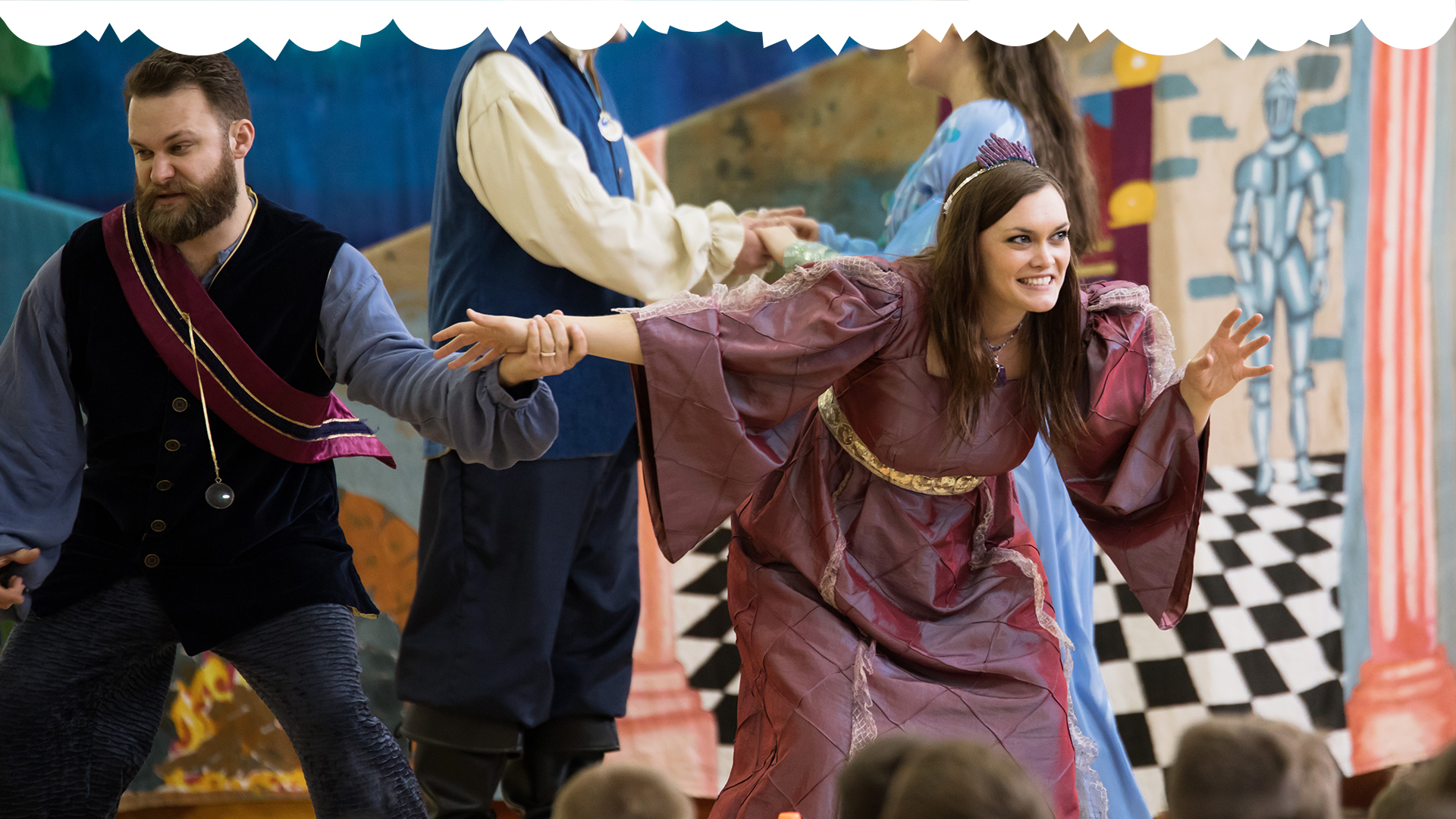 A Prince (T) regularly goes to the seashore to catch a glimpse of the little mermaid Rusalka (S). One day, he is entangled in a mass of kelp and Rusalka saves his life. The Creatures of the Coral Reef (SC) observe this and report to Rusalka’s father, the Sea King (B). The Spiny Urchins (SC) ask him to help his daughter.

Rusalka wants to turn into a human being so she can join the Prince on land. After dire warnings, the King explains the sea witch Jezibaba (M), can provide her with a magic potion. Rusalka goes to Jezibaba who makes the her promise that, if life on land doesn’t go well, Rusalka will return to serve her as a kelp slave. Rusalka agrees and Jezibaba gives her the potion. The witch mentions that there is a curse that goes with the transformation spell: the Prince will not be able to hear a word she says on land!

The Prince arrives again at the seashore and finds the silent Rusalka stepping out of the water. He is overjoyed and, despite her inability to speak, the Prince invites her to go with him to his castle. A disguised Sea King and Jezibaba come up onto land attend the Prince’s party in honor of Rusalka. Jezibaba (posing as a princess) causes trouble – flirting with the Prince. Finally, during a dance with the Foreign Dignitaries (SC), the fake princess moves in on the Prince. Rusalka runs off, aware she must return to the sea as a kelp maiden. The Prince follows her but is repulsed by her new weedy appearance. Rusalka, begs Jezibaba for mercy. The Creatures of the Coral Reef join in and convince the witch to let Rusalka have a final chance to find happiness. Jezibaba finally agrees but warns that the Prince must see the beauty beneath Rusalka’s ugly kelp exterior, and then give up his life on land. He does! All celebrate.