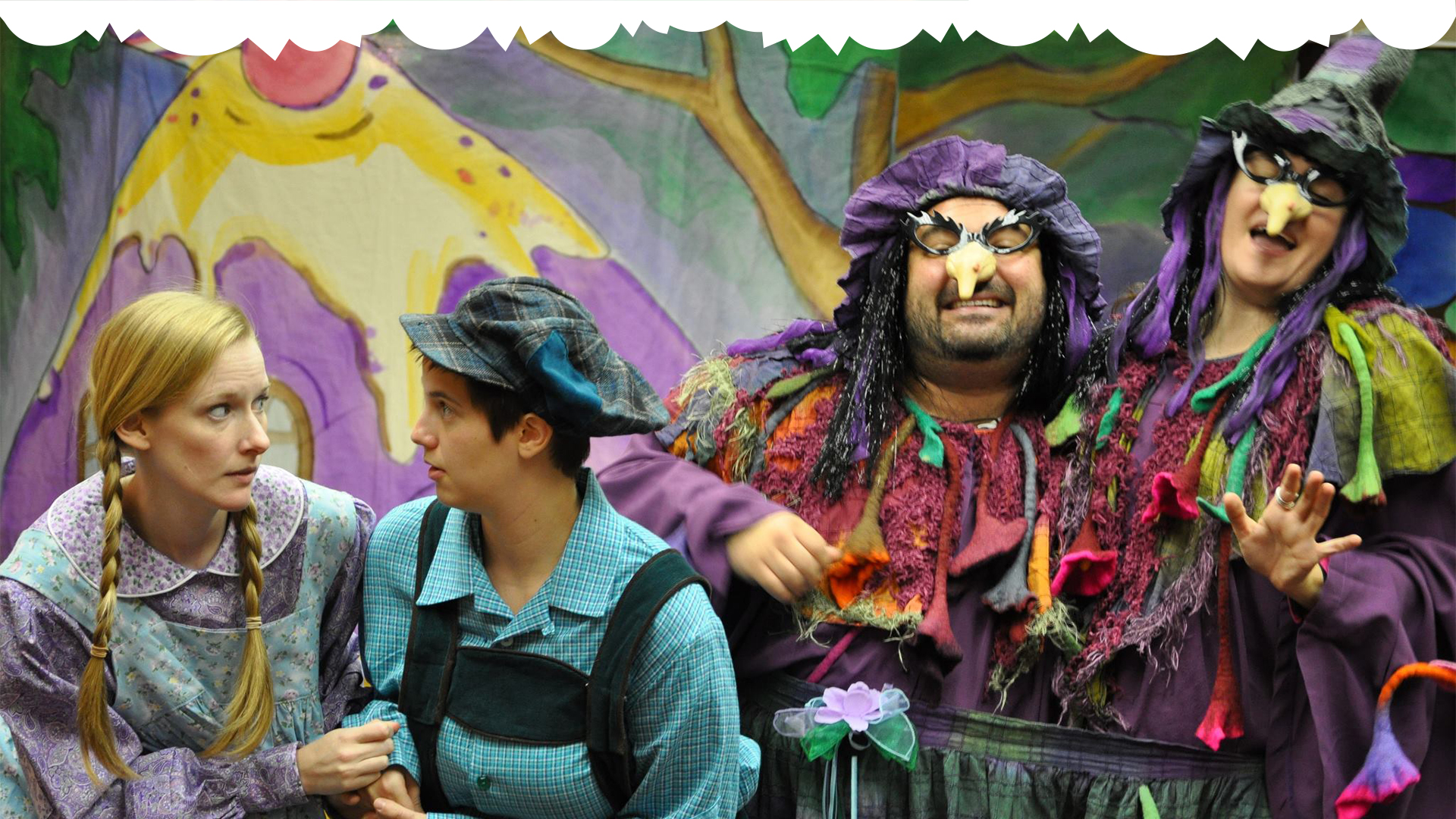 Hansel (M*) and Gretel (S) live at the edge of a dark forest with their parents. They are poor and hungry. One day, Mother (M or S) returns home from market and loses her temper with the children who romped with Ragamuffins (SC) instead of doing chores. Mother sends them into the woods to gather berries. Father (B) returns home from selling brooms, and is frightened when Mother tells him what happened. Father has heard tales of a witch who bakes children into gingerbread cookies and eats them!  The parents run off to search for Hansel and Gretel.

Deep in the woods, Hansel picks berries and both children hungrily eat them.  Soon the berries are gone, it’s getting dark, AND they’re lost! The Sandman and Sandwoman (B and M or S) sing a lullaby to the frightened, exhausted pair.  In the morning, Pixies (SC) wake the children who head off in the wrong direction. Soon they come upon a tantalizing gingerbread house – home to the sneaky 2-headed Witch (B and M or S). The Witch captures Hansel, but the clever Gretel bravely rescues her brother and they push the Witch into her own oven, turning her into a giant cookie.  This allows the smaller Gingerbread Cookies (SC) to turn back into children – Hansel and Gretel’s friends. Mother and Father appear and the family warmly reunites. All is forgiven.