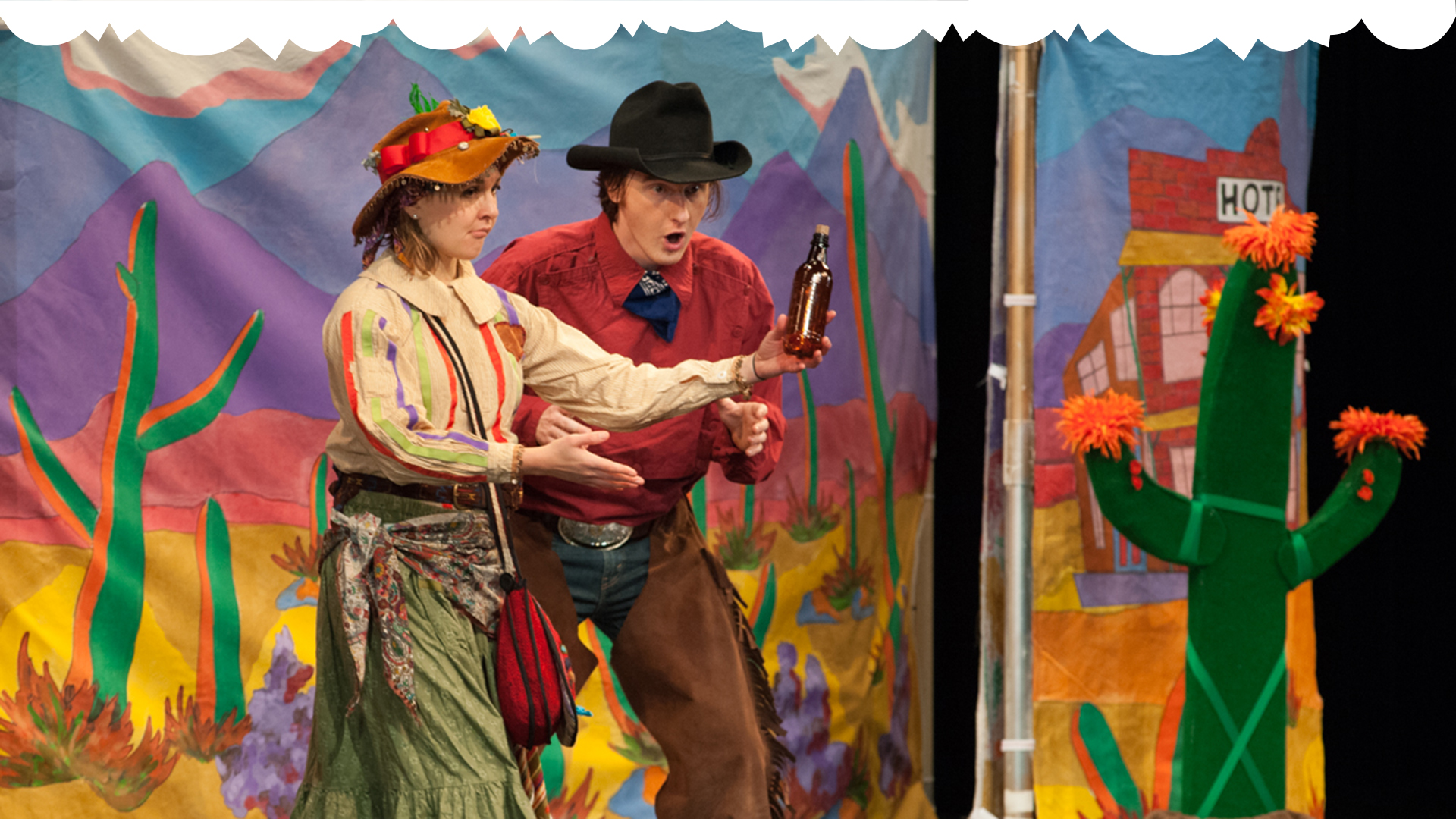 THE ELIXIR OF LOVE

THE ELIXIR OF LOVE

Miss Addy (S*) is a rancher who loves to read romantic books. She isn’t interested in marrying any of the local cowboys because the stories seem more exciting. Jimmy Reno (T) – loves Miss Addy but is too shy to tell her. Sergeant Bill Corey (B) likes her, too, and is bold enough to propose. Jimmy overhears this and is very upset!

Dr. Dulcamara (M), a cure-all peddler, rides into town and sells fake medicine to the Townsfolk (SC) Jimmy asks for an elixir that will make Addy fall in love with him. Dulcamara sells him a potion which is really just root beer! Jimmy sees that Addy and Bill Corey are about to get married, and wants more elixir. To get money, Jimmy joins the army. He buys more ‘elixir of love’ that does nothing AND he has to leave Miss Addy to be a soldier! Dulcamara decides to help them understand that they love each other without the elixir. She gives the money back to Bill Corey that he paid Jimmy to join the army, so Jimmy is now free to marry Addy. Bill Corey realizes there are plenty of other girls he might like and Dulcamara decides to quit selling fake medicines and settle down to write a newspaper advice column! All is well.