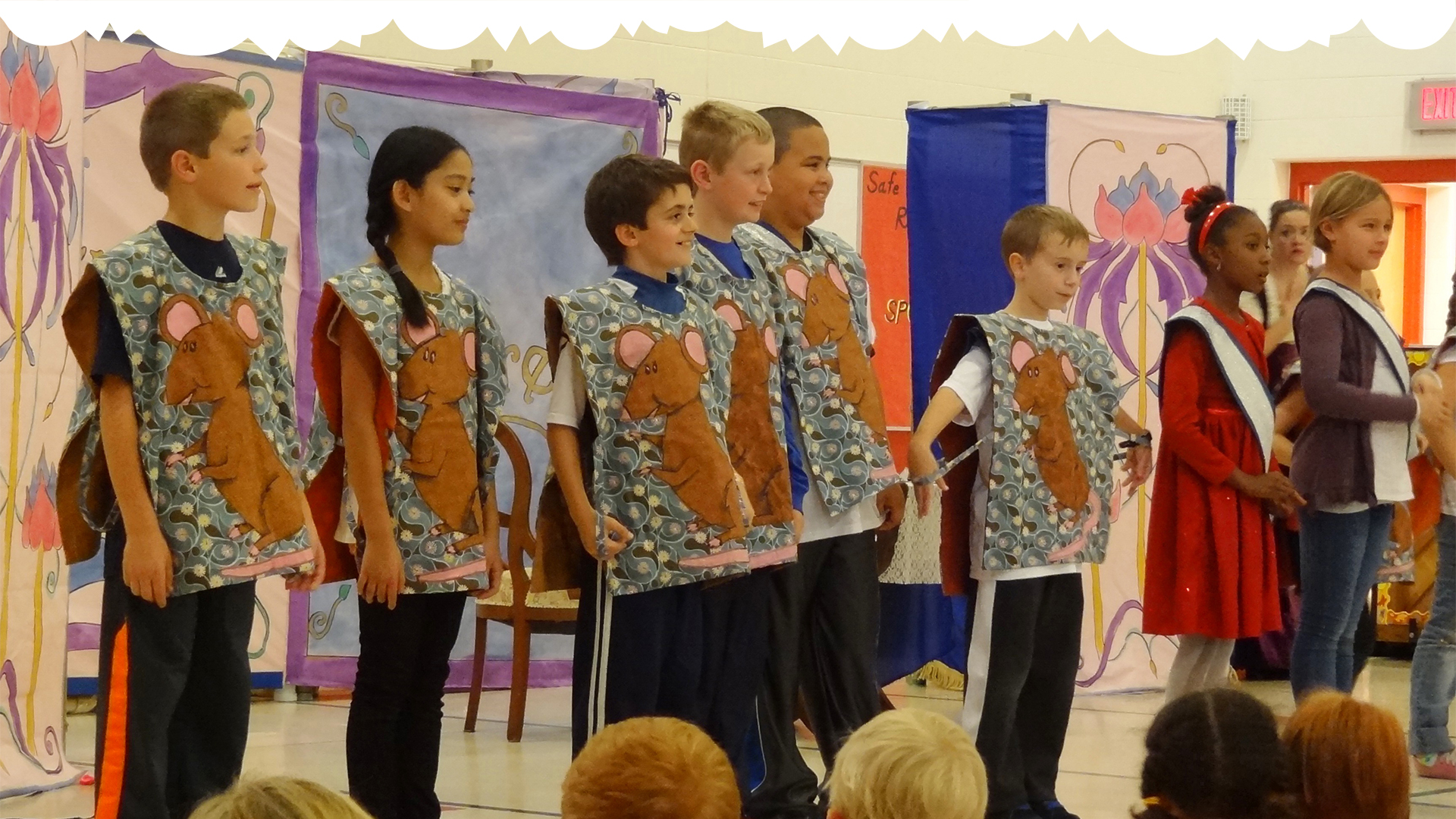 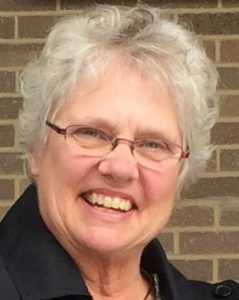 Diane Garton Edie has worked with OFTY since 1992 in various capacities: singer, board member, librettist, stage director, company manager and, since 1996, artistic director.

Diane’s work as director, librettist and primary artistic outreach/ education coordinator has been recognized and supported locally, regionally, and on the national level. Her libretti for OFTY’s hailed collection of adaptations have been enjoyed by school and family audiences throughout the upper Midwest since 1994. Diane has adapted/created libretti for The Barber of Seville, Cinderella, The Elixir of Love, The Pirates of Penzance, Orpheus Returns, The Magic Flute, Rusalka, and Hansel and Gretel, and Beauty and the Beast, and wrote an original story and libretto for Super Storm! The recent publication and rental of these works now makes this uniquely accessible repertoire available to an even wider audience.

Diane has enjoyed a combined career in performance, play writing and directing, and arts administration. With degrees in theatre and drama from Smith College and Indiana University, her special province is out-of-the-mainstream cultural arts programming for participants and audiences from a broad age, geographic and socio-economic range. Previous projects include Creative Arts Over 60, an educational and recreational program for older adults; the International Youth Arts Festival, a performing and visual arts showcase; regional operetta/ opera/ musical theatre productions; and several original artist-in-residence programs. During her time at Opera for the Young, more than 1.5 million children have been introduced to opera through her work. 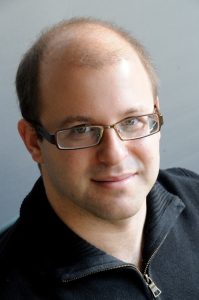 Scott Gendel is a composer, vocal coach, theatrical music director, and pianist living in Madison, WI. Recently, he recorded his piece At Last with soprano Camille Zamora and cellist Yo-Yo Ma, as part of An AIDS Quilt Songbook: Sing For Hope, a recording released on Naxos Records and GPR, benefiting amFAR, the American Foundation for AIDS Research.

As a composer, his music has a wide-ranging scope, but Scott is particularly fond of all things vocal, having written sixteen song cycles, fifteen stand-alone songs and duets, five pieces for voices and orchestra, thirty-six choral works, two full-length musical theatre works, and two operas. Scott is the second prize winner of the 2016 NATS Art Song Composition Award. In 2005, Scott was awarded first prize in the ASCAP / Lotte Lehmann Foundation Song Cycle Competition, a juried national award in its inaugural year.  That same year, he received his Doctor of Musical Arts degree in Composition from the University of Wisconsin-Madison, with a minor in opera accompanying and vocal coaching. Just after finishing his studies at UW-Madison, Scott served on the faculty for two years, designing and teaching an undergraduate composition curriculum.

As a collaborative pianist, Scott has performed a wide range of repertoire, including performances with the Madison Symphony Orchestra in operatic productions, professional musical theatre performances with the Barter Theatre and others, a featured performance with the UW-Madison Symphony Orchestra in Stravinsky’s Petrouchka, and recitals with faculty members at various colleges.  He has also been Music Director at Endstation Theatre Company and at the University of Wisconsin-Madison Theatre. In addition to coaching many singers around the country, Scott is the official staff pianist/coach for Madison Opera, and has worked in that capacity for Opera North and the UW-Madison Opera program.

Some of Scott’s recent commissions include Seven Princesses and a Bear, a full-length original ballet for children, commissioned by the San Angelo Civic Ballet; Advice to Those Like Me, With Hearts Like Kindling for the Carnegie Hall debut of soprano Melody Moore; It Was My Father’s Custom, commissioned by the Madison Symphony Orchestra and Madison Youth Choirs; and UNEARTHED, a musical in two acts, incorporating Appalachian folk music and operatic style into an American Musical Theatre context, commissioned by the Endstation Theatre Company. 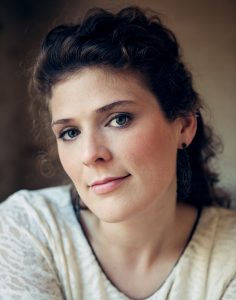 Saira Frank began as a touring artist with OFTY in 2008 and after 7 seasons “on-the-road” as a soprano, joined the administrative staff in 2015. An avid teaching artist and performer, Saira’s credits run from opera to stage works to Broadway recitals across the Midwest and West Coast. She has performed recitals from her series, An afternoon on Broadway on over 200 occasions, bringing the best of opera and Broadway to senior audiences through storytelling and song. As resident teaching artist for Madison Opera, Saira introduced middle school students to opera and helped small groups create their own operatic work of art. Alongside her work with Opera for the Young, Saira is an adjunct voice instructor for Carroll University and is a member of the Grant Park Chorus, the Madison Choral Project, and serves on the board of directors for Brew City Opera.

Since joining the administrative staff, Saira has worked with the Opera for the Young Board and Staff to deepen OFTY’s commitment to the communities it serves. The 2016 addition of a Spanish-language supplement to both Opera for the Young’s in-depth teaching materials and children’s chorus music offers Spanish-speaking students and families a better understanding of the OFTY experience. The company also premiered their first original opera (story, libretto and music) in 2019 with its tour of Super Storm! Saira embraces the opportunity to spread her love of the highest art form to children across the Midwest in her position with OFTY. 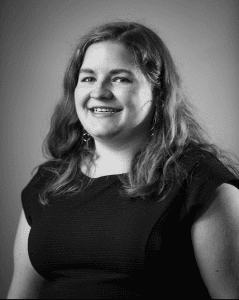 Allyson Imig received a major in Theatre Arts and a minor in Fine Arts Administration from Carroll University. Allyson works in the Waukesha and Milwaukee area as a stage manager, director, and performer. Theatre companies she has worked with include Kohl’s Wild Theater, Outskirts Theatre Co., Renaissance Theaterworks, Summerstage of Delafield, Sunset Playhouse, and The Box Theatre Co. She also currently serves on the Artistic Team for Outskirts Theatre Co. In her free time she loves to read, travel and nap.

Karen Brown-Larimore has been the resident costumer for Opera for the Young since 2008, and is a favorite with Madison Arts organizations including Madison Opera, Madison Ballet, and Madison Savoyards, Madison Repertory Theatre, University Opera, University Theatre, Children’s Theatre of Madison. She has created the designs for two world premier operas, Tight Rope and Esperanza. You might even see her work in your home as she is the designer of the original Molly, Samantha, and Kirsten doll clothes for American Girl Collection.

Greg Silver joined the OFTY team in 2020 with nearly 30 years of expertise as a Scenic Designer, Lighting Designer, Technical Director, and Master Carpenter. He began with the Madison Theater Guild in 1992 working in various roles and went on to work with Children’s Theater of Madison and the Madison Repertory Theater. He has worked with the International Alliance of Theatrical Stage Employees (IATSE) Local 251 since 2002 and became a member in 2005. Since 2007 he has worked as Technical Director and Scenic Designer/Carpenter for UW-Madison’s Mead Witter School of Music and Department of Theatre and Drama, designing sets for many operas including Medea, Beatrice et Benedict, Transformations, Falstaff, A Kurt Weill Cabaret, L’incoronazione di Poppea, and A Midsummer Night’s Dream.