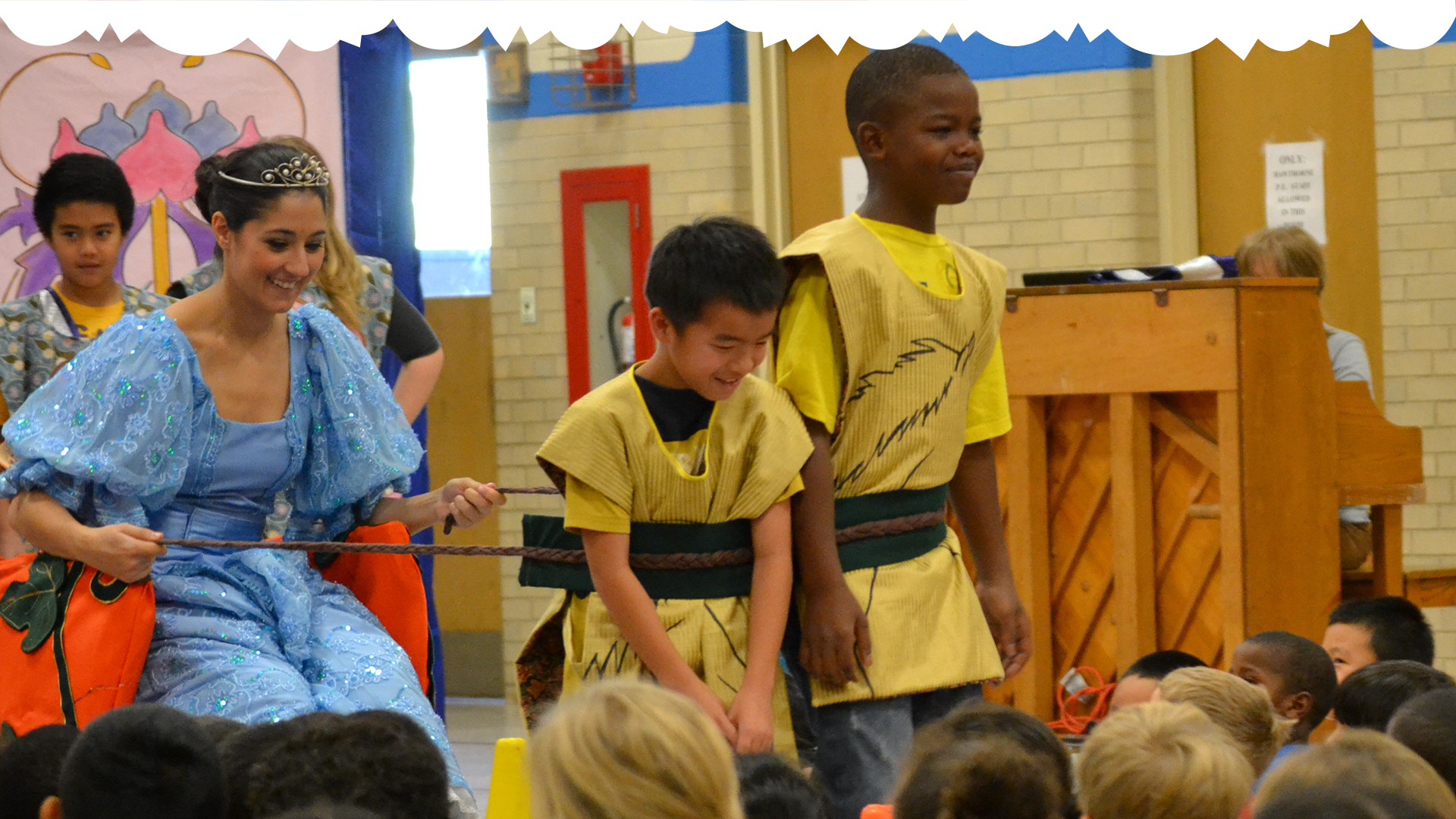 Based on the fairy tale by Charles Perrault

Cinderella (S*) does chores for Madame (M) and helps the Stepsisters (AV) get ready for the Prince’s ball. Her Father (B) and the Mice (SC) are kind but Cinderella is left behind. Her Fairy Godmother (M) appears and sends Cinderella off to the ball in a fancy gown and carriage. She warns Cinderella that the magic ends at midnight!

At the palace, the Prince (T) dreads another ball but the King and Queen (SC) demand that he attend. The Prince dances with the Stepsisters (AV) – it’s a comical mess. Cinderella appears and everyone realizes that she is THE one! Just as the couple proclaims their love, the clock chimes 12! Cinderella runs off and loses a shoe. The surprised and disappointed Prince declares he will search until he finds her.

The magic is gone but Cinderella still has one slipper and runs back home. The Courtier (T) announces the Prince will search for the girl who fits the shoe. Madame locks Cinderella in her room so only the Stepsisters will have a chance with the Prince. She throws the key away but the Mice (SC) find it, scare Madame off and take the key up to Cinderella’s room! The Prince arrives and tries the shoe on the Stepsisters. Just as he’s about to leave, he hears Cinderella singing. She enters and all is set right!