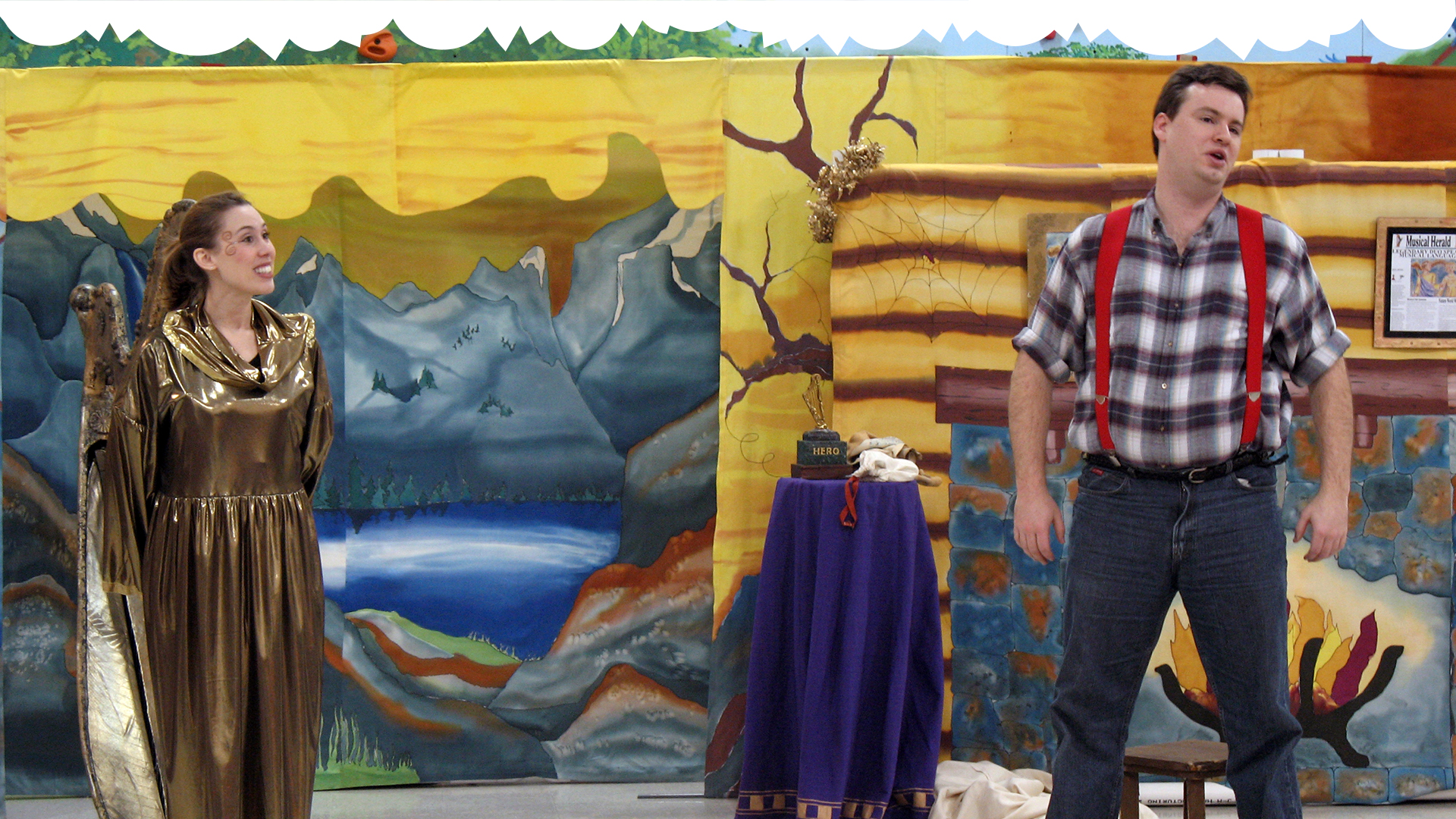 Our opera begins centuries after the magical musician Orpheus’ misadventures in the Underworld. Orpheus (T) is a hermit and his Harp (S) has been silent since they returned from Hades. At that time, Orpheus declared that they would never make music together again. But the Eagle(B) (leader of the Earth’s endangered creatures) calls out for help and Harp is alerted! She convinces Orpheus to sing again because there is an emergency: someone is kidnapping young animals. It is Queen Persephone (M) who comes up from Hades, captures a couple of creatures (SC) and takes them back down to the Underworld! She and husband King Pluto (B) are creating a zoo for their own selfish enjoyment. The Eagle explains that the little animals seem to disappear into the Earth! Although Orpheus and Harp realize this means a return trip to the Underworld, they set off on their mission.

Pluto brags about his cleverness creating an Underworld Zoo as Persephone comes in with the newest kidnapped animals. All of the creatures (SC) start acting up when the Queen and King try to arrange them into exhibits. Orpheus enters and everyone calms down when they hear his voice. Pluto and Persephone claim they are creating the zoo because they’ll do a better job than humans of protecting the Earth’s endangered creatures. Orpheus’ magical singing convinces them to unlock the door to the zoo. Orpheus promises that people on Earth will try to take better care of the environment. Despite being moved by Orpheus’ beautiful voice and promise, Pluto and Persephone still try to make everyone look back while they’re leaving Hades! But determined Orpheus and Harp lead the brave young animals up to Earth and freedom!