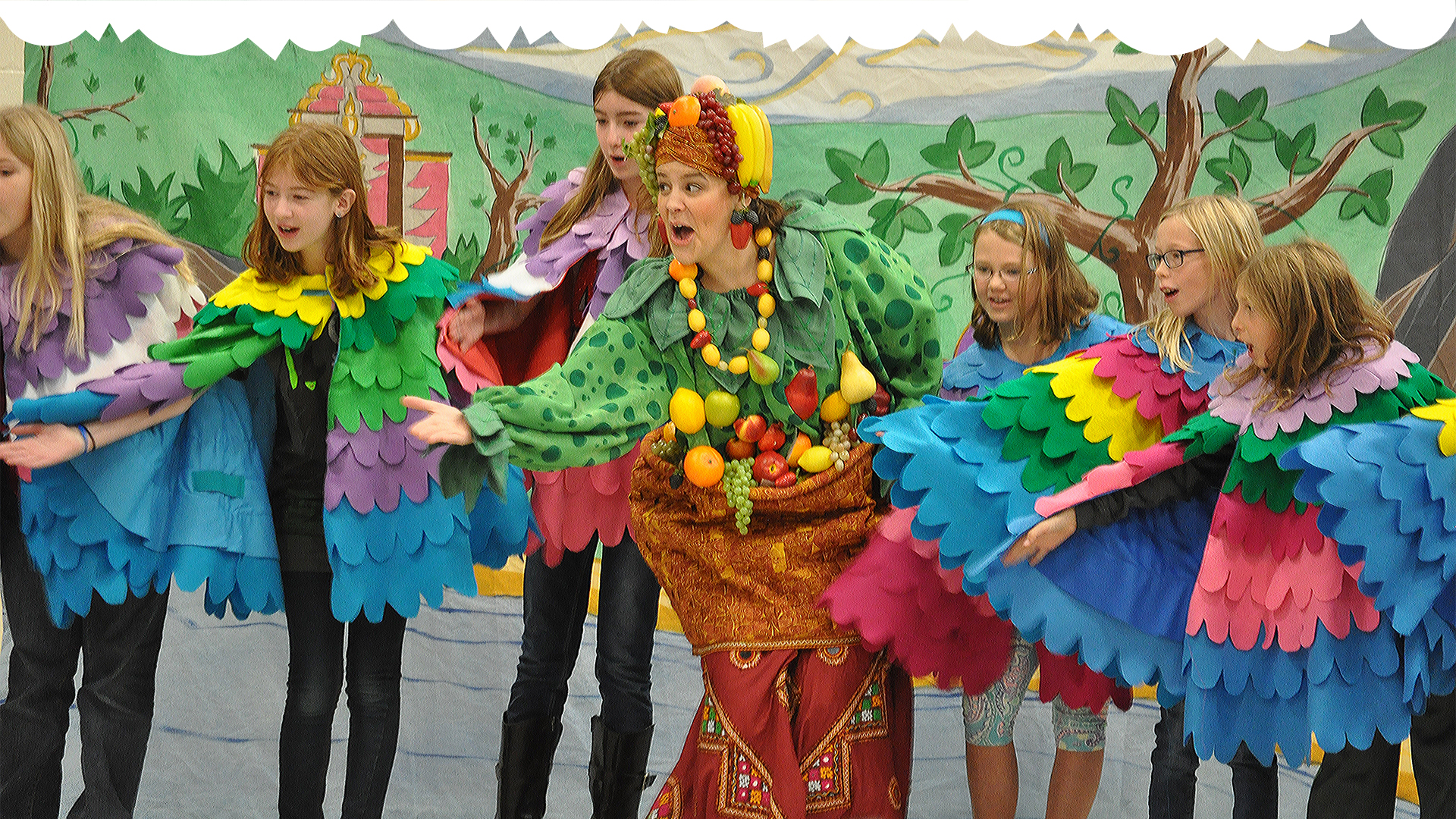 BEAUTY AND THE BEAST

BEAUTY AND THE BEAST

A ship carrying a sailor (B*) crashes on an island shore and he faints. Tooty Fruity (M); Strawberry, Banana, and the Birds (SC) find him. He wakes up hungry and tries to grab the Strawberry and Banana. Tooty stops him and explains what’s going on with their magical island: all must stay on the island and serve their ruler the Beast (T), who then appears. He seems scary but really just wants friends.

The sailor tells Tooty about his daughter, Beauty (S), and how he misses her. Tooty explains that Beauty can join her Father through the Wishing Waterfall (AV). The magic works and Beauty arrives! Tooty thinks Beauty might be the one to break the island’s spell by being Beast’s true love!
Beast comes in dancing and invites Beauty to join him. He likes her a LOT but loses his temper when she explains her Father has left the island because he was unwell. Beauty is surprised that she enjoyed dancing with such a grumpy, beastly creature, but she can tell that – deep down – he is good. Beast gives Beauty a crystal ball to see how her father is doing. She sees that Father is sick and asks Beast for permission to return home. Beast is upset and disappointed, but he gives in and allows Beauty to leave.

Father’s health improves at home with Beauty, but – looking through the crystal ball – Beauty sees the Beast is dying. The Birds and Tooty travel to Beauty’s home through the waterfall and explain that Beast is very sick. Beauty finds Beast – he’s very weak. She kisses him and he changes into a handsome prince, Tooty and her children turn back into people and the prince lets the birds out of their cage. The magic spell is broken!

Beauty and the Beast is a special addition to our repertoire in honor of Opera for the Young’s 45th anniversary.