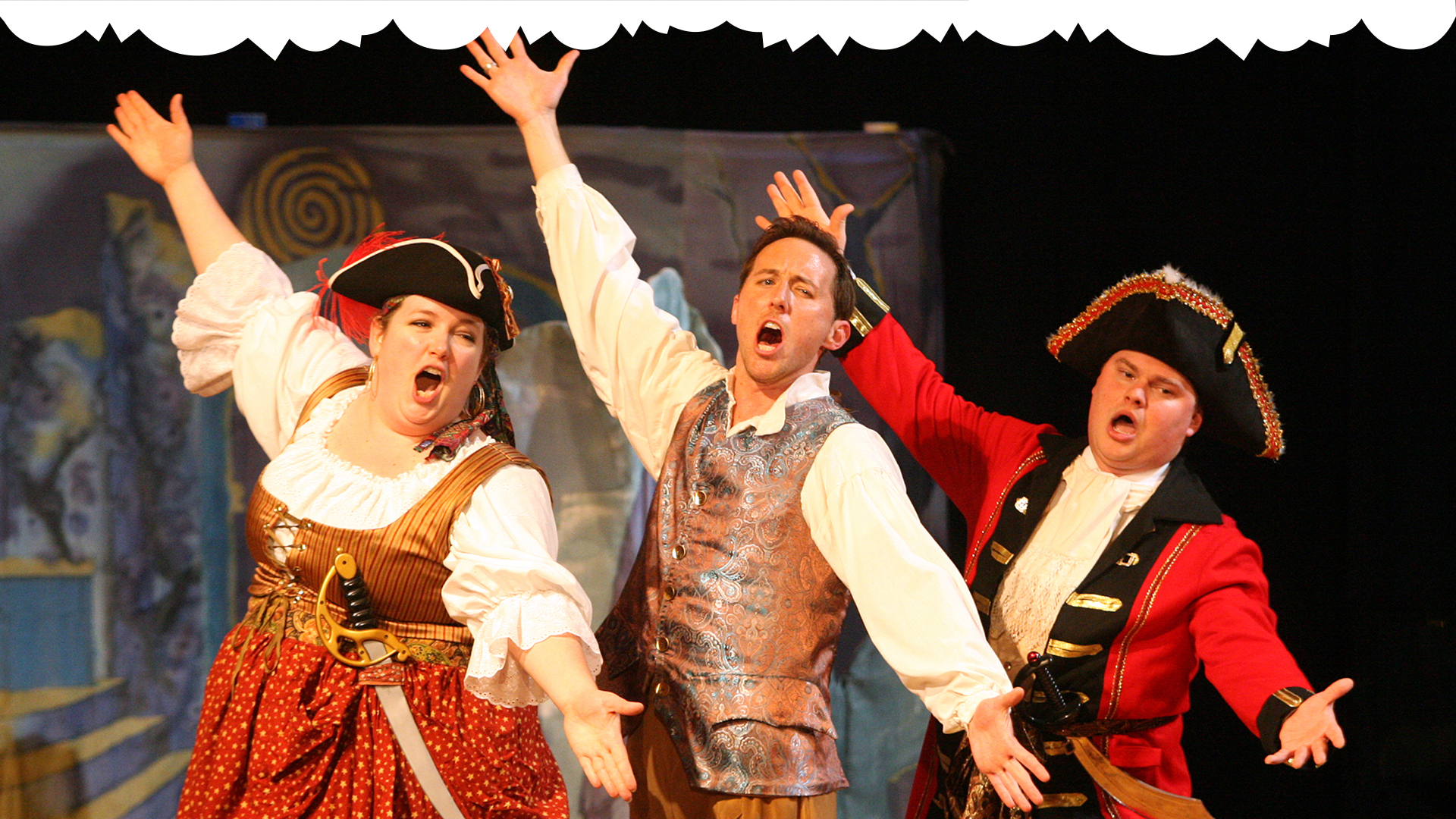 The Pirates of Penzance (M, T, B, SC) sail to shore and celebrate Frederic’s (T) 21st birthday. Now that he’s an adult, Frederic decides to become a law-abiding citizen. He discovers Mabel (S) and the Wards (SC) playing by the seashore. Frederic asks if anyone might like to marry him and Mabel says she would! Suddenly, Ruth (M) and the pirates (SC) appear and begin to kidnap the wards in order to turn them into pirates. Mabel’s father, the Major General (B), enters and convinces the pirates NOT to take away his family because he’s an orphan and would be lonely. The pirates – who are all orphans – give in and cheer him up by making him an honorary pirate.